skip to main | skip to sidebar

A Time For Heroes!

The Complete Story Of The Illuminati Menace. 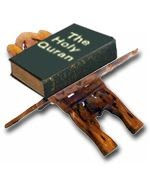 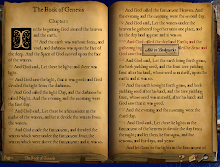 Why do you violate God's Order?

It will not succeed.

My Articles In Danish.

Quote Of The Day.

Philip Jones
Arnold Swarzenneger said, "My relationship to power and authority is that I'm all for it. People need somebody to watch over them. Ninety-five percent of the people in the world need to be told what to do and how to behave." This statement is typical of the Totalitarian mentality of the Luciferians and the antithesis of who I am and what I believe in. For people to have any chance at life, liberty and happiness, government interference in the lives of private citizens must be kept at an absolute minimum. The Hidden Power which controls world events has been busy building fences around our lives, whilst our wives went shopping and we watched the football. Now, the choice is stark and singular; we either take back responsibility from those who would deny us the right to self determination, or submit to slavery. There is no `third way.`

All Articles and Essays on this `Blog` are the sole property of the author, and may only be reproduced, published or reposted, with the written permission of the author.